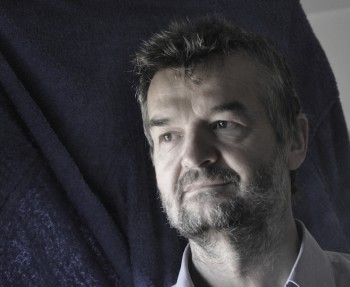 Doriano Scazzosi was born in Busto Garolfo, Milan, in 1960. He lives and works in Busto Arsizio, Varese, Italy.

Doriano Scazzosi completed his secondary studies at the art school of Busto Arsizio to later obtain his degree from the Academy of Fine Arts in Brera. He has been awarded “The Premio Annunciata” from the Annunciata Gallery in Milan.
He has worked in several church-decorating projects and has been involved in the area of book illustration with the collaboration of Mursia publishing house.
Scazzosi’s artistic work took off with his solo-exhibition thanks to the collaboration with Galleria Forni.
Since then, they have worked together to host solo and group exhibitions.
He has had numerous solo and group exhibitions in Italy and abroad. His latest solo exhibition at Galleria Forni in 2004.
Scazzosi’s favourite theme is still-life, or rather, floral compositions: cut flowers which seem to retain their natural freshness as if they had just been picked from the garden and placed on a surface waiting to be arranged in a vase. The artist’s preferred choice of flower are unquestionably peonies, mottled colors ranging from pale pink to crimson and magenta, but also in the all-white version which seems to accentuate the volume of the white fleshy corollas. Impressive compositions with water and large glass jars which reveal the author's skill in rendering reflections and transparencies: large blooms and slender stems seem to rest on the surface of ponds and lakes, flaunting the intoxicating beauty and melancholy transience which distinguish the peonies.
Developed mostly on wood, Scazzosi’s paintings are made with mixed medias, mainly acrylic paints, pencils and crayons. 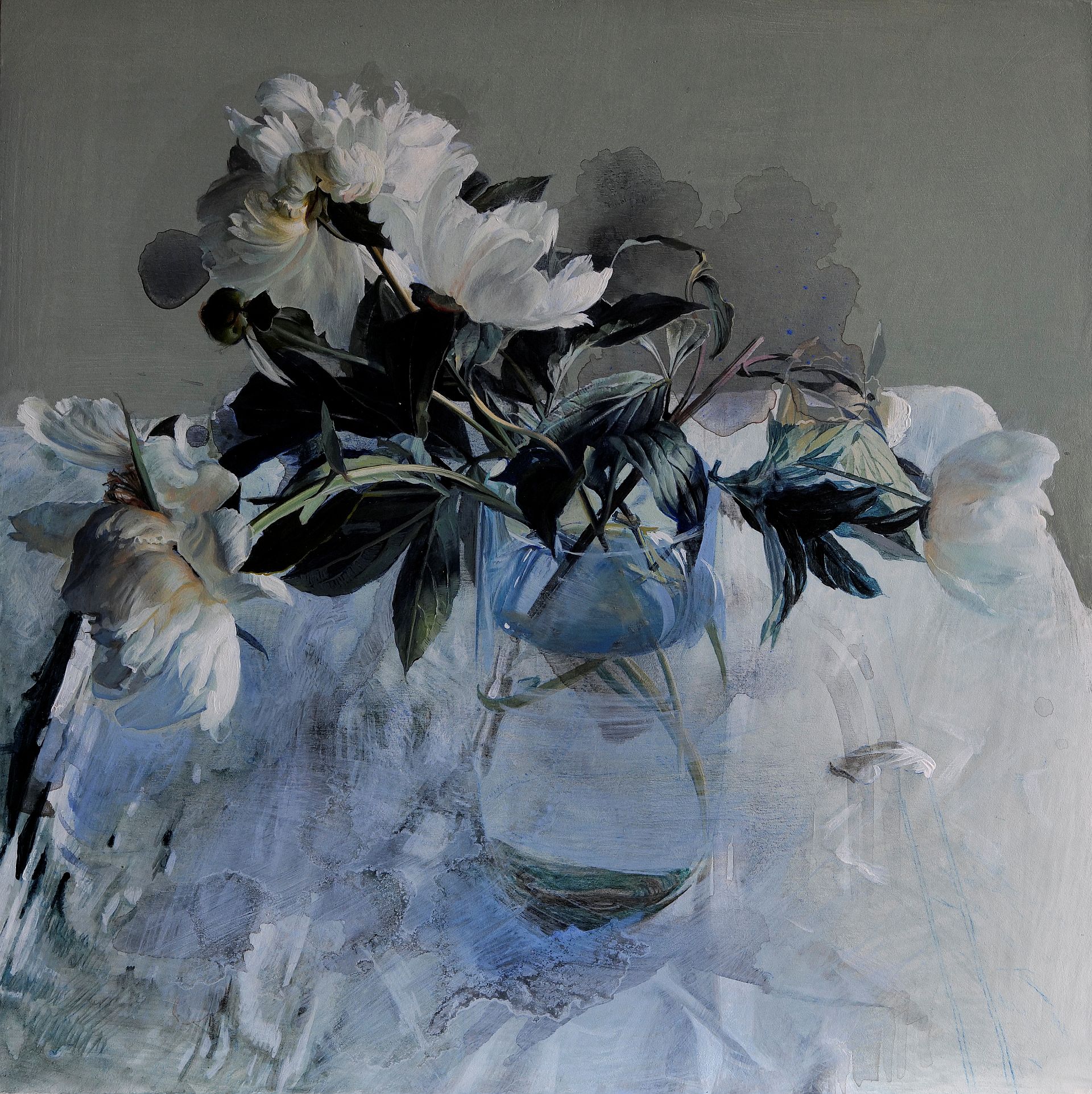 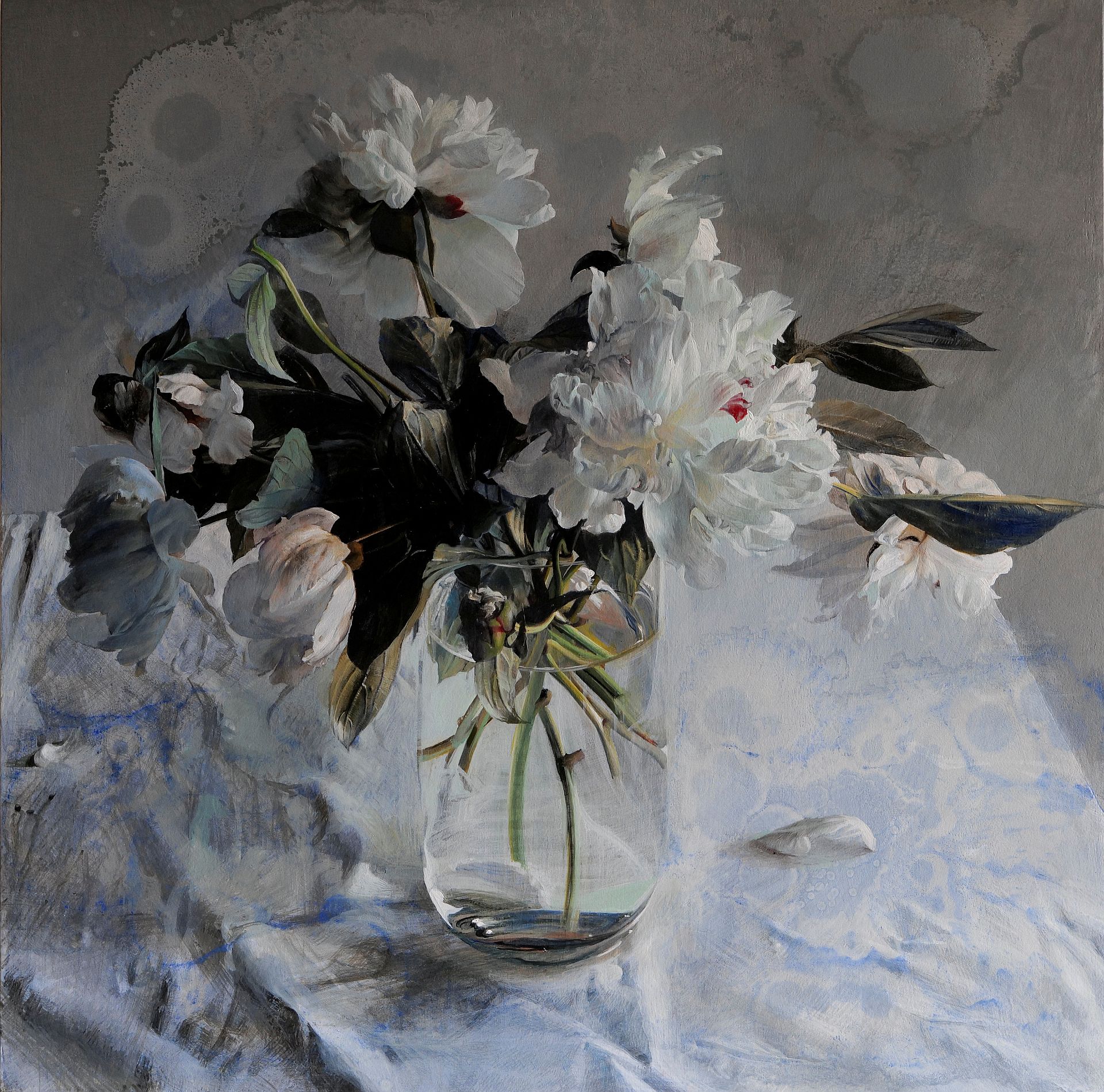 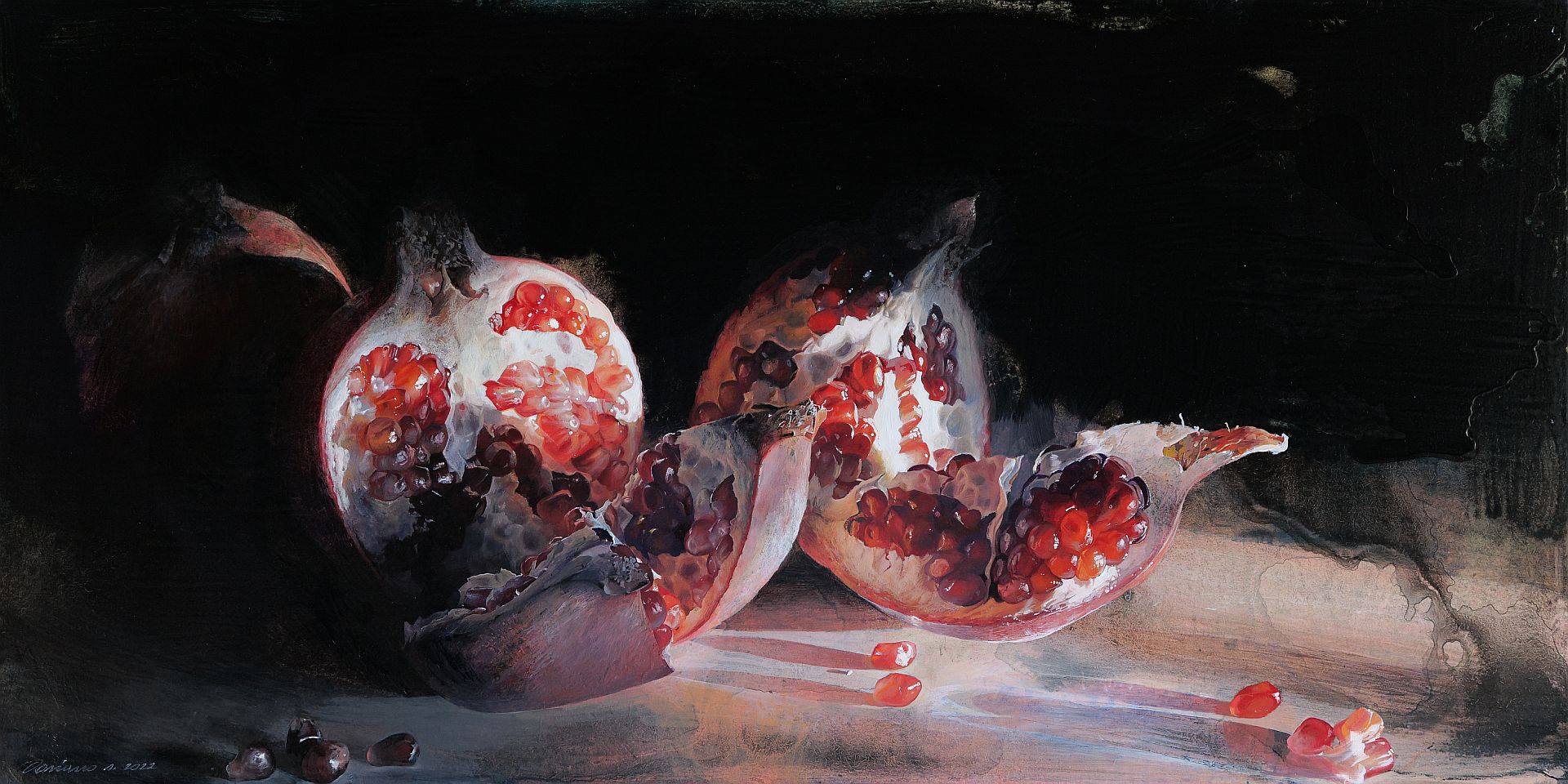 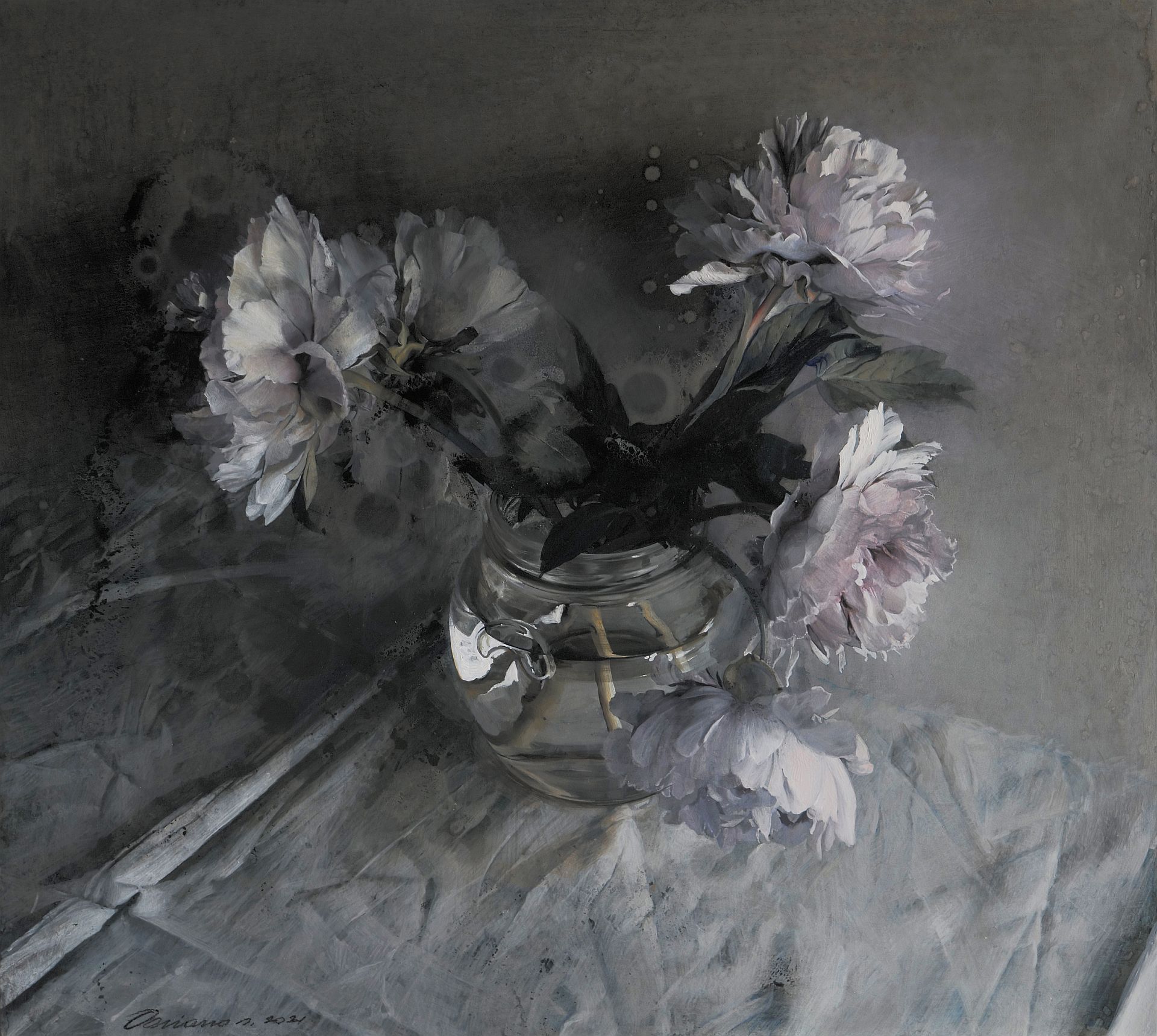 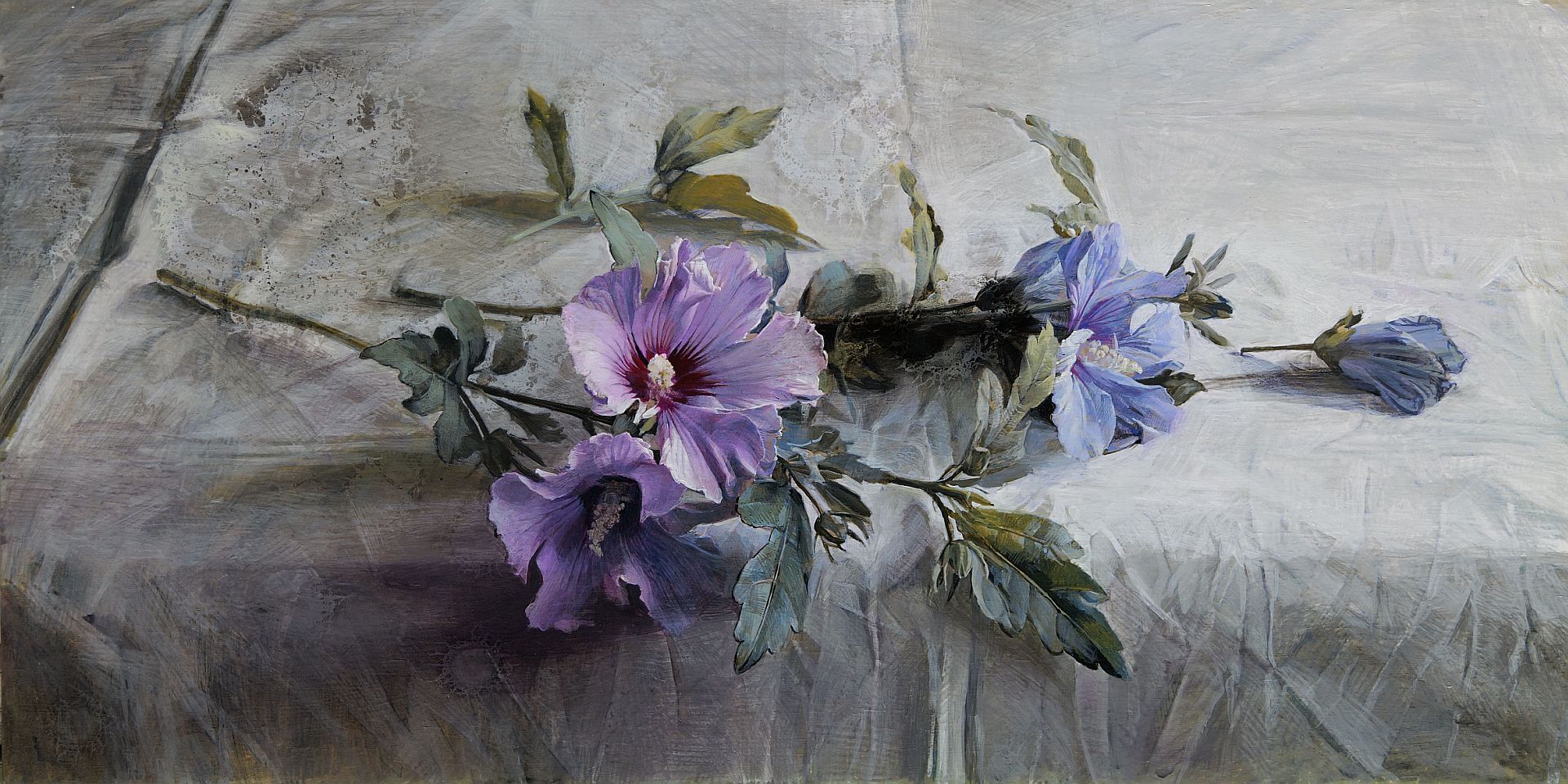 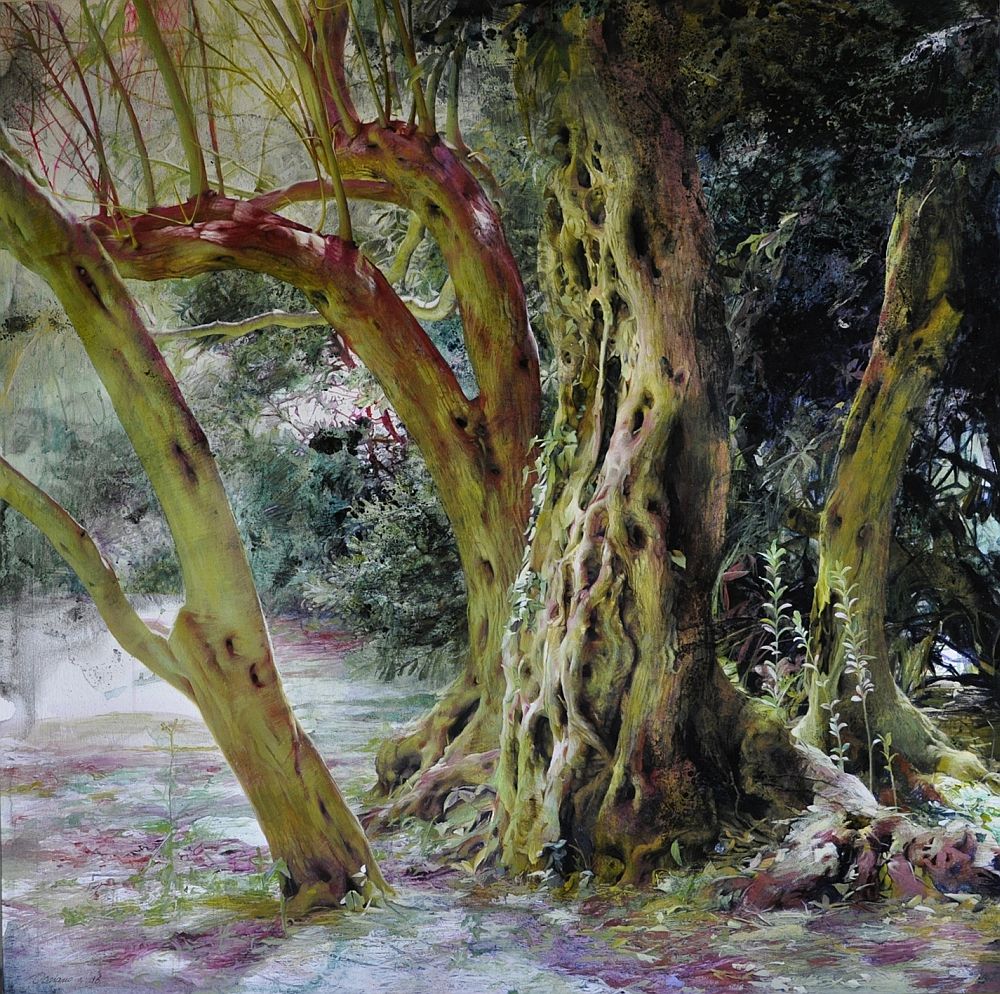