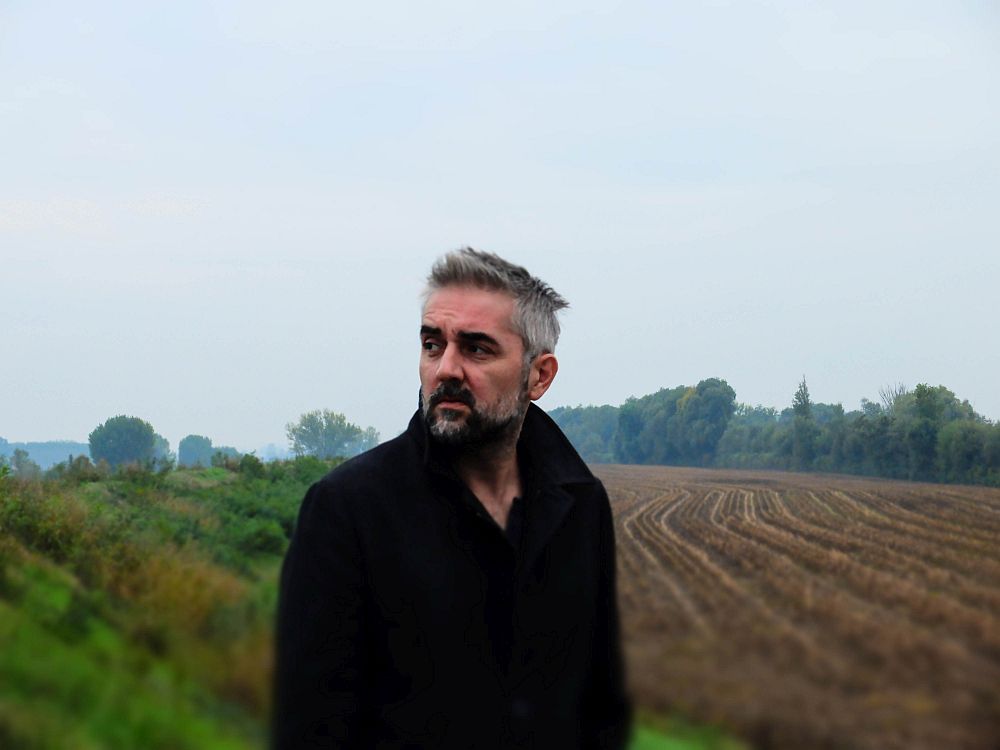 Nicola Nannini was born in Bologna in 1972. He lives and works in Cento, Ferrara, and in Verona, Italy.

Nicola Nannini graduated from the Academy of Fine Arts in Bologna and he soon started exhibiting his work.
He dedicates himself entirely to painting, except for teaching at the School of Crafts in Cento, Ferrara, and at the Academy of Fine Arts Cignaroli in Verona.
Nannini’s main subjects are essentially human figures and landscapes. The landscapes, which are the most recent series of works, are the result of a specific analysis performed on the human figure; they are a sort of “contextualisation” of human beings, an investigation of the places where people live. Therefore, the intention is to speak of humanity without describing it physically but through its “territory” of relevance.
The lyricism and warmth of the nocturnal landscapes that Nannini first presented at Galleria Forni in 2003, are now back again. His last one-man show at Galleria Forni, in 2015, was mostly centred on this subject. Big romantic skies overwhelming narrow strips of countryside seem to be taken from XIX century Romanticism, the “chiaroscuro” is strongly marked, the warm and reassuring light reveals the innermost details and makes the observer perceive traces of hidden lives behind the walls.
Nannini’s way of painting reveals a rare combination of a high technical quality and an unquestionable ability to combine images of the Italian tradition with modern and contemporary figurative art. 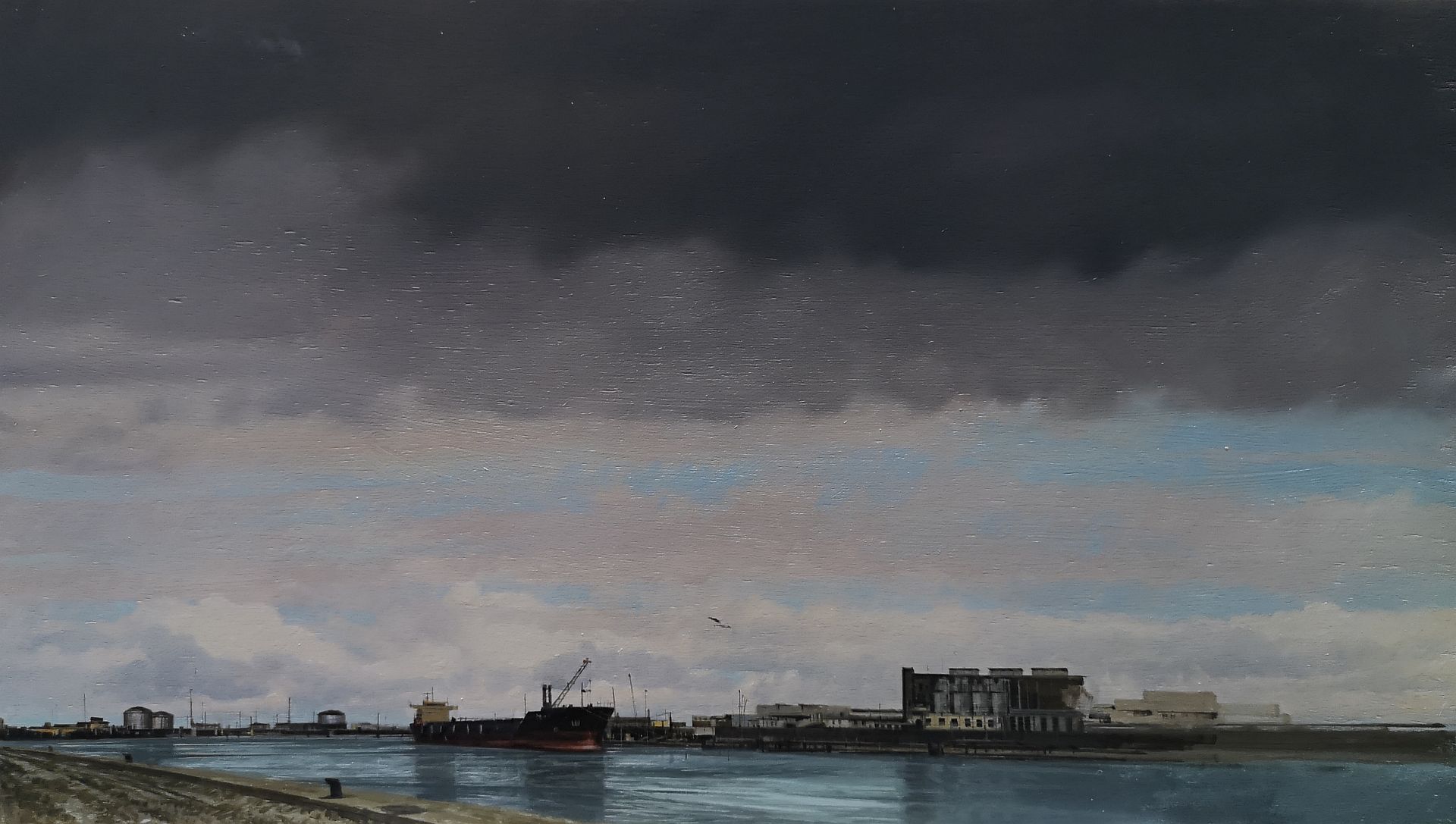 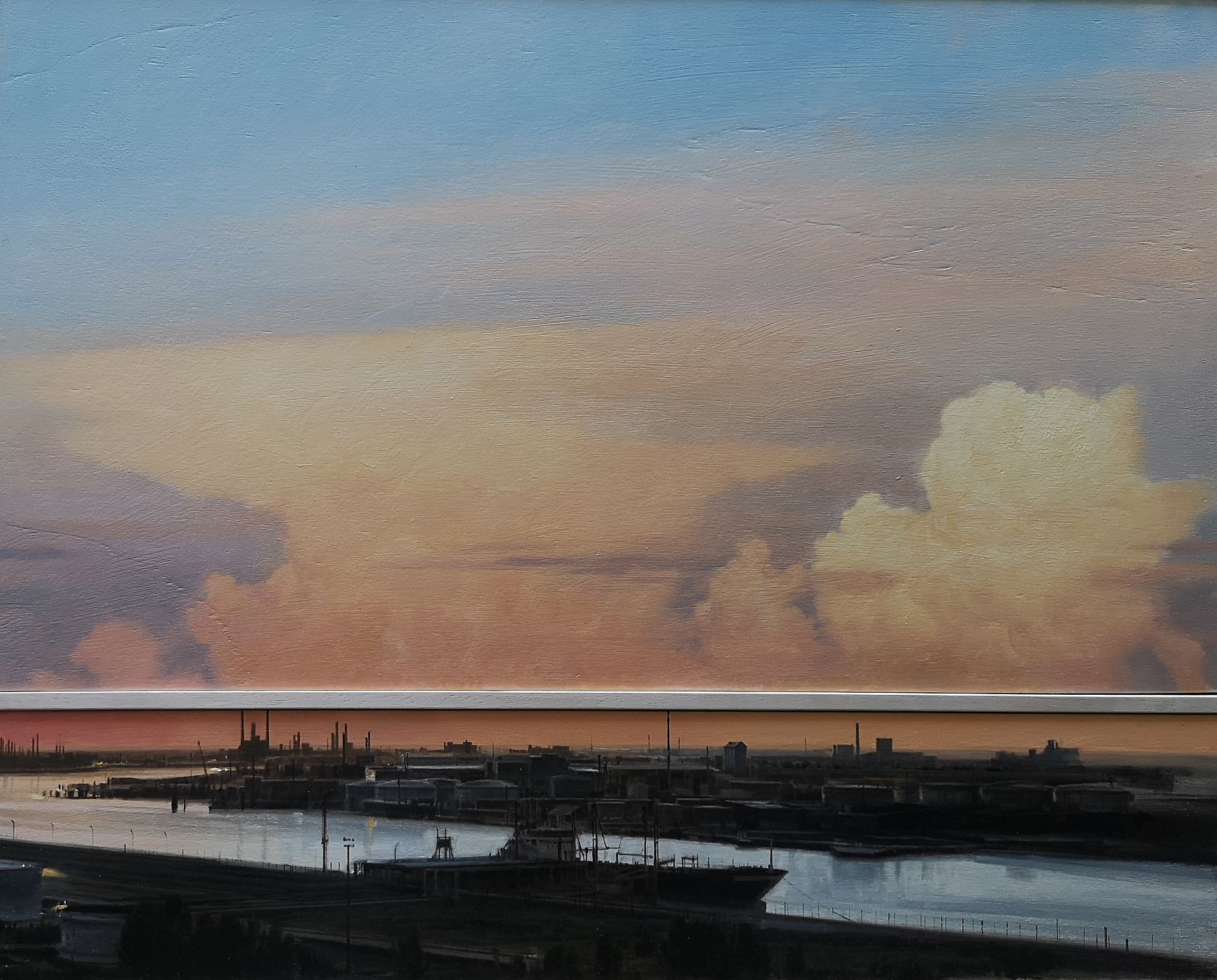 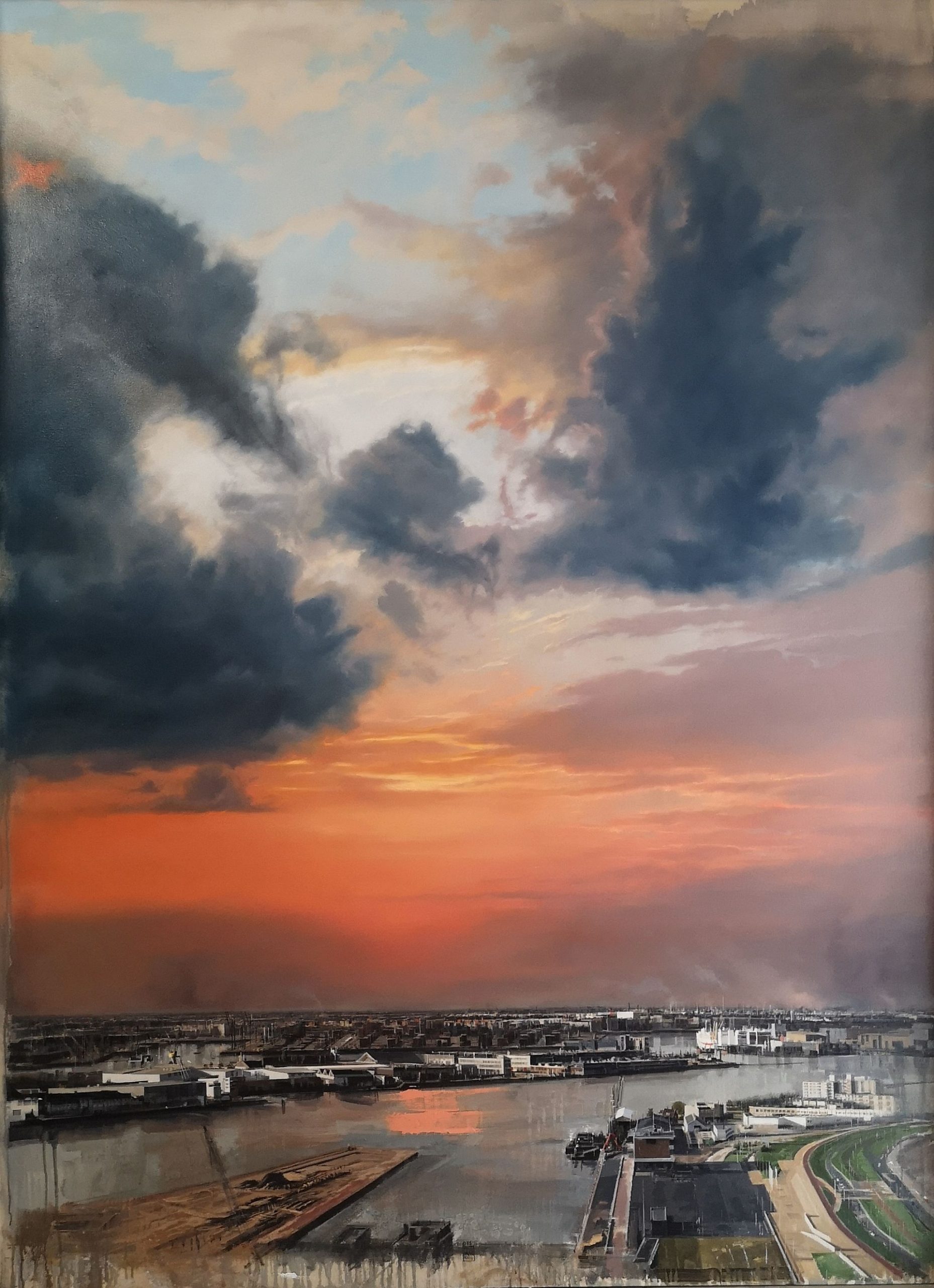 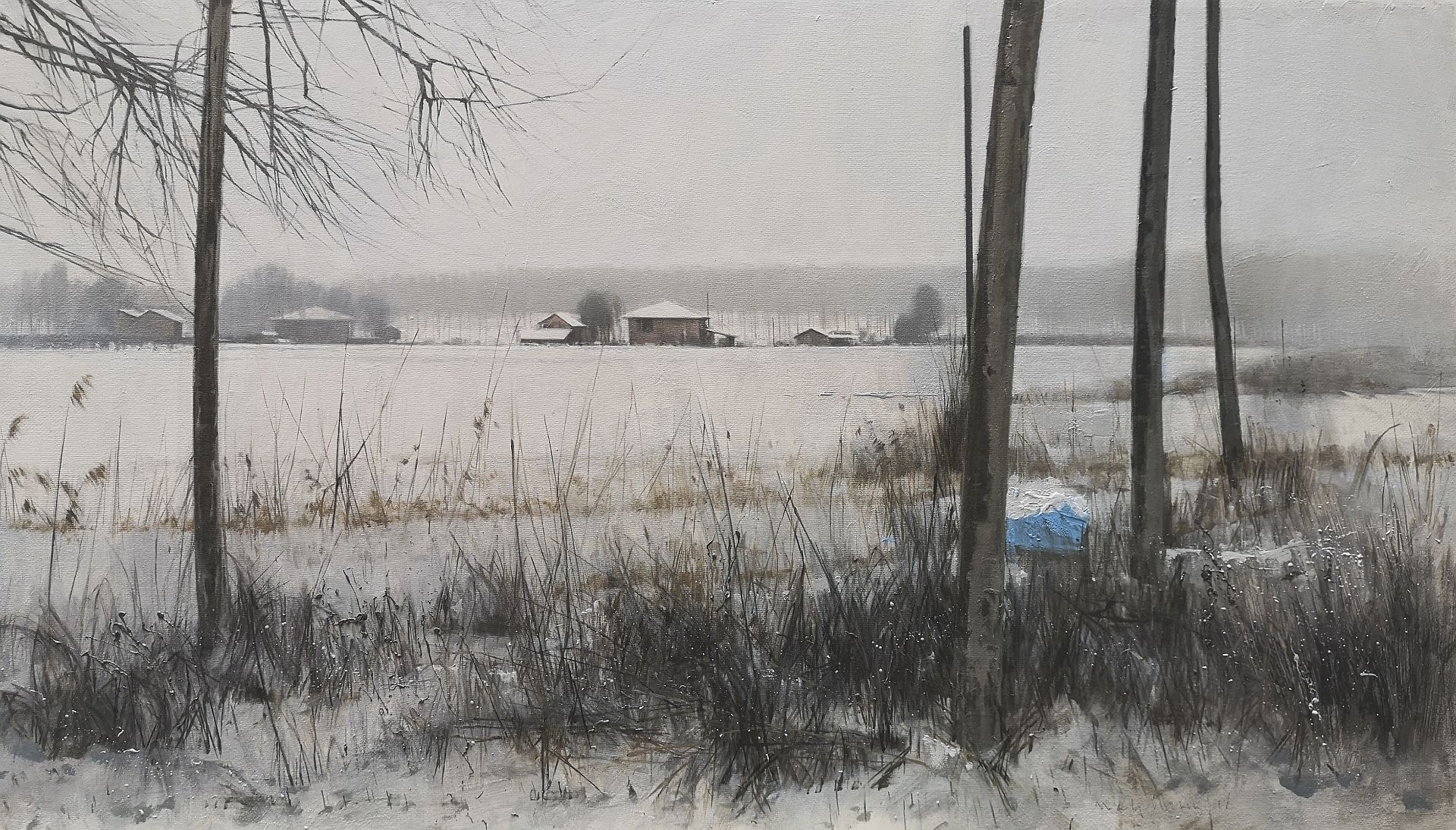 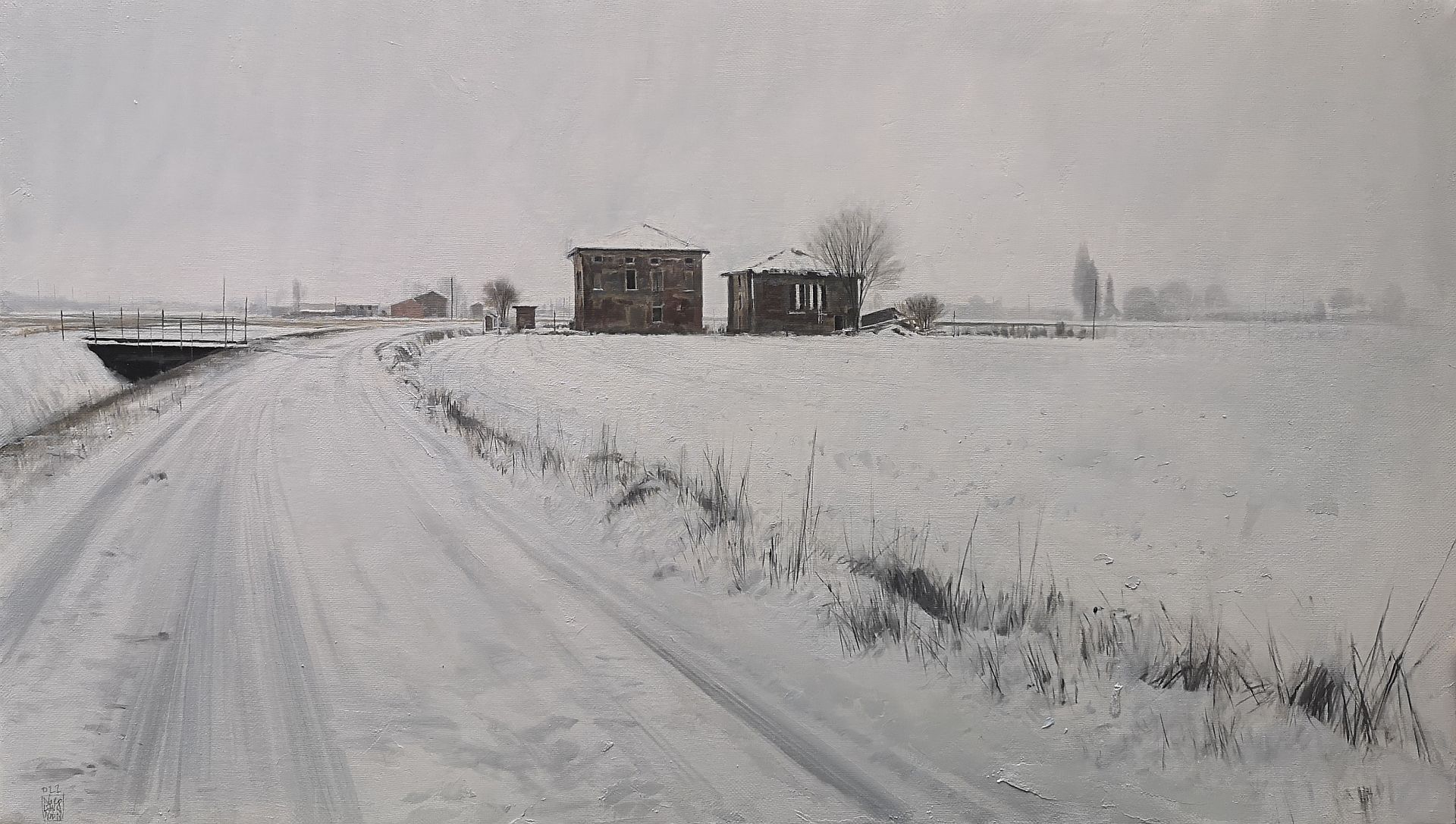 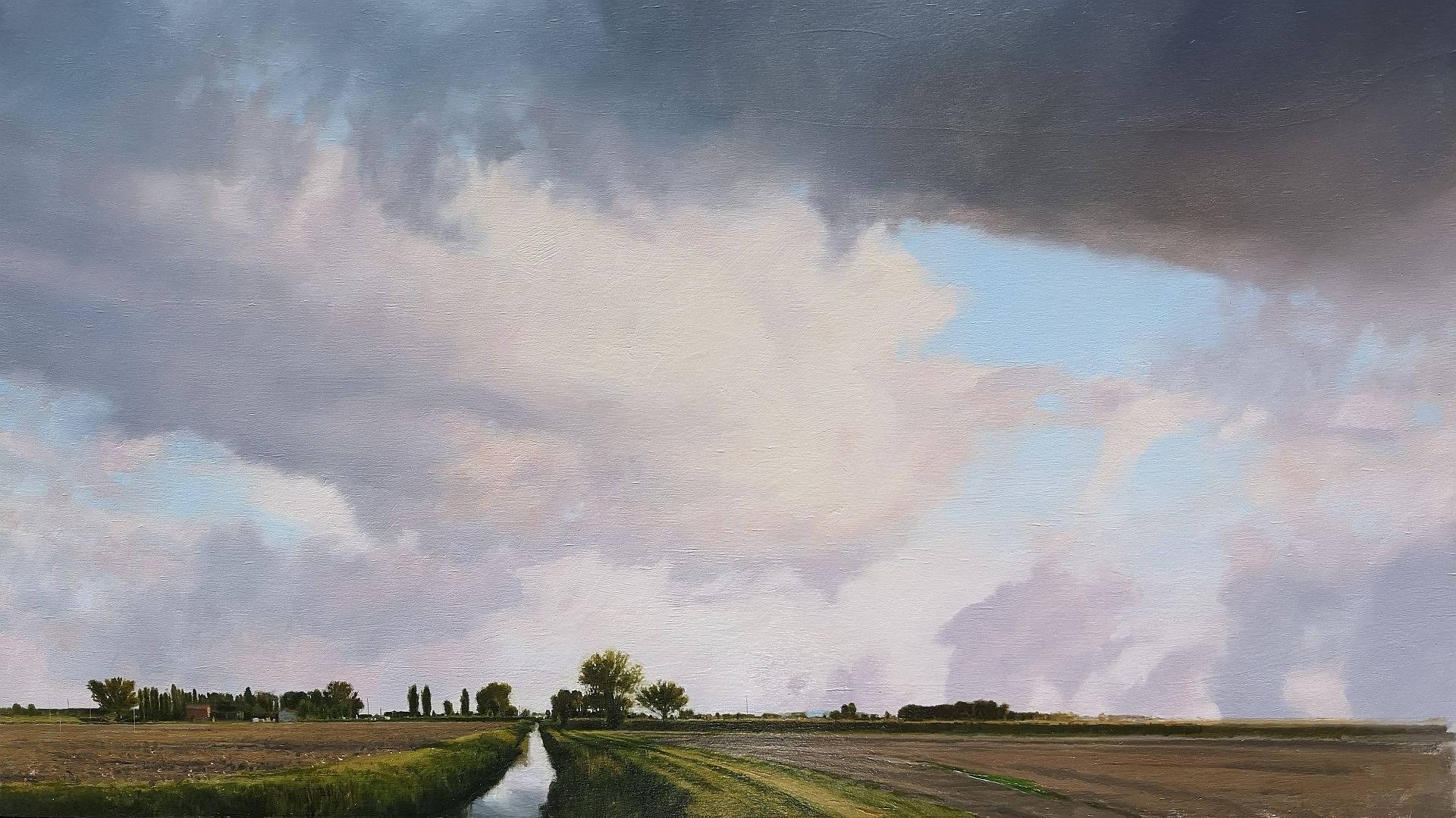 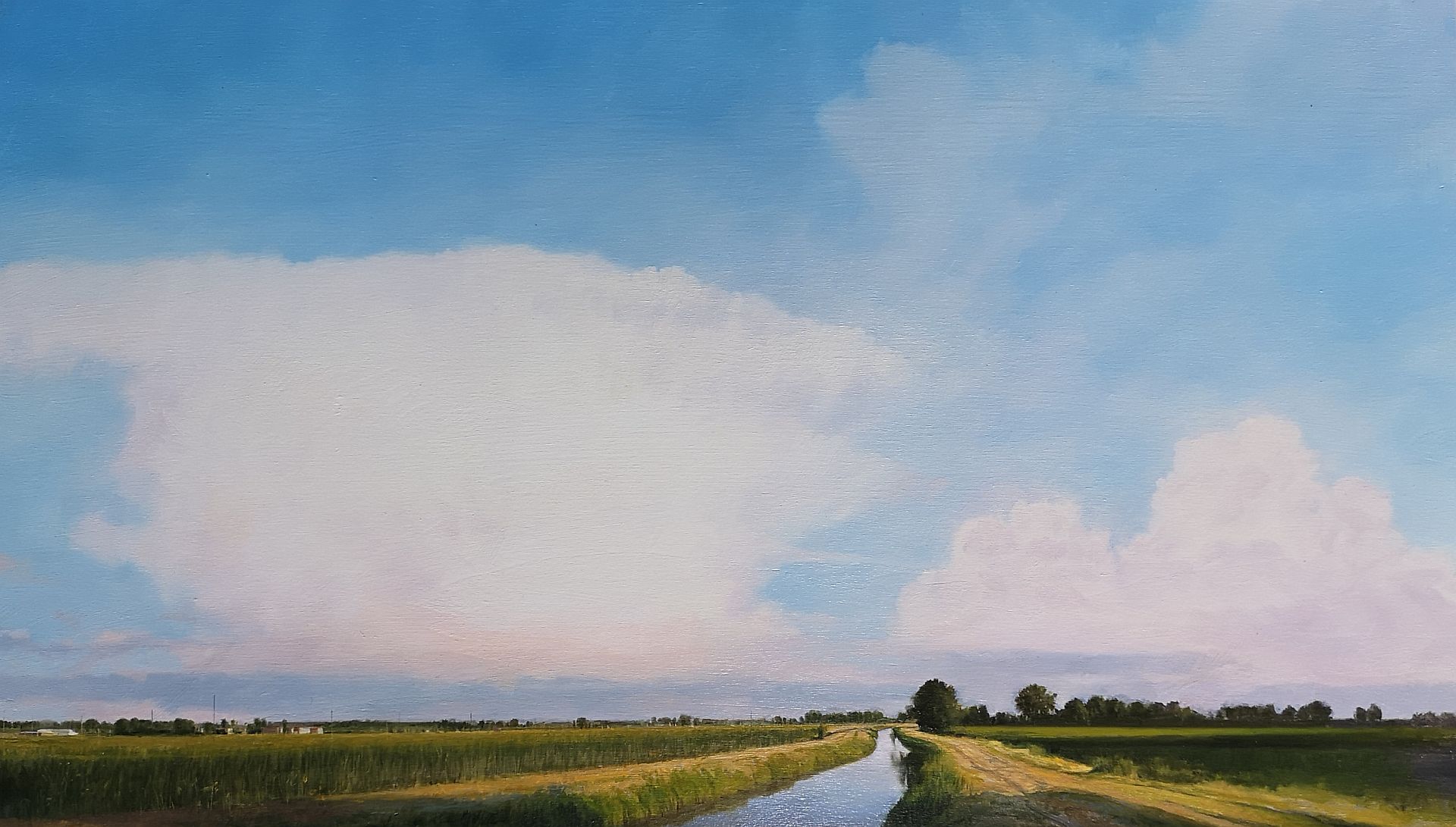 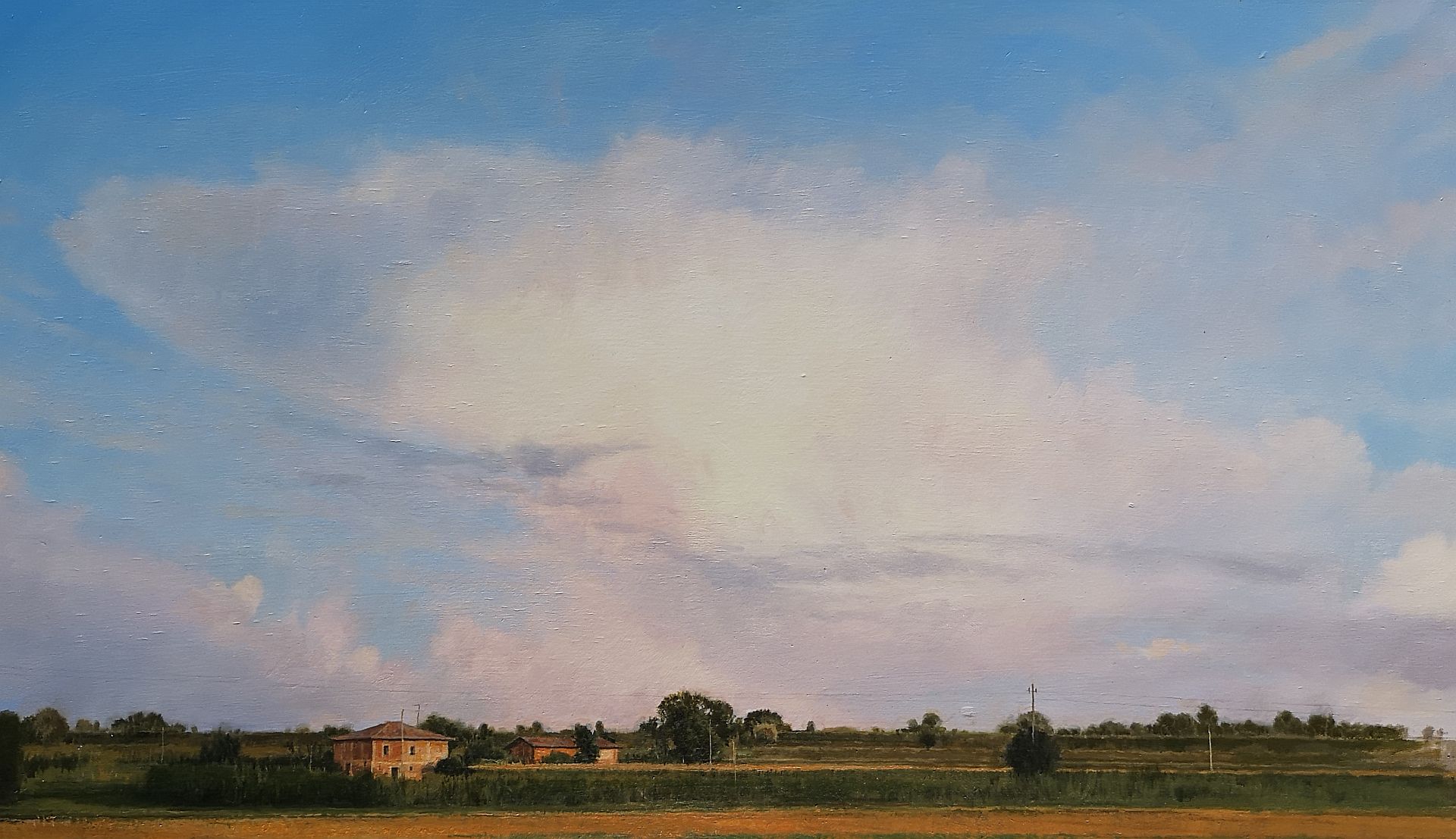 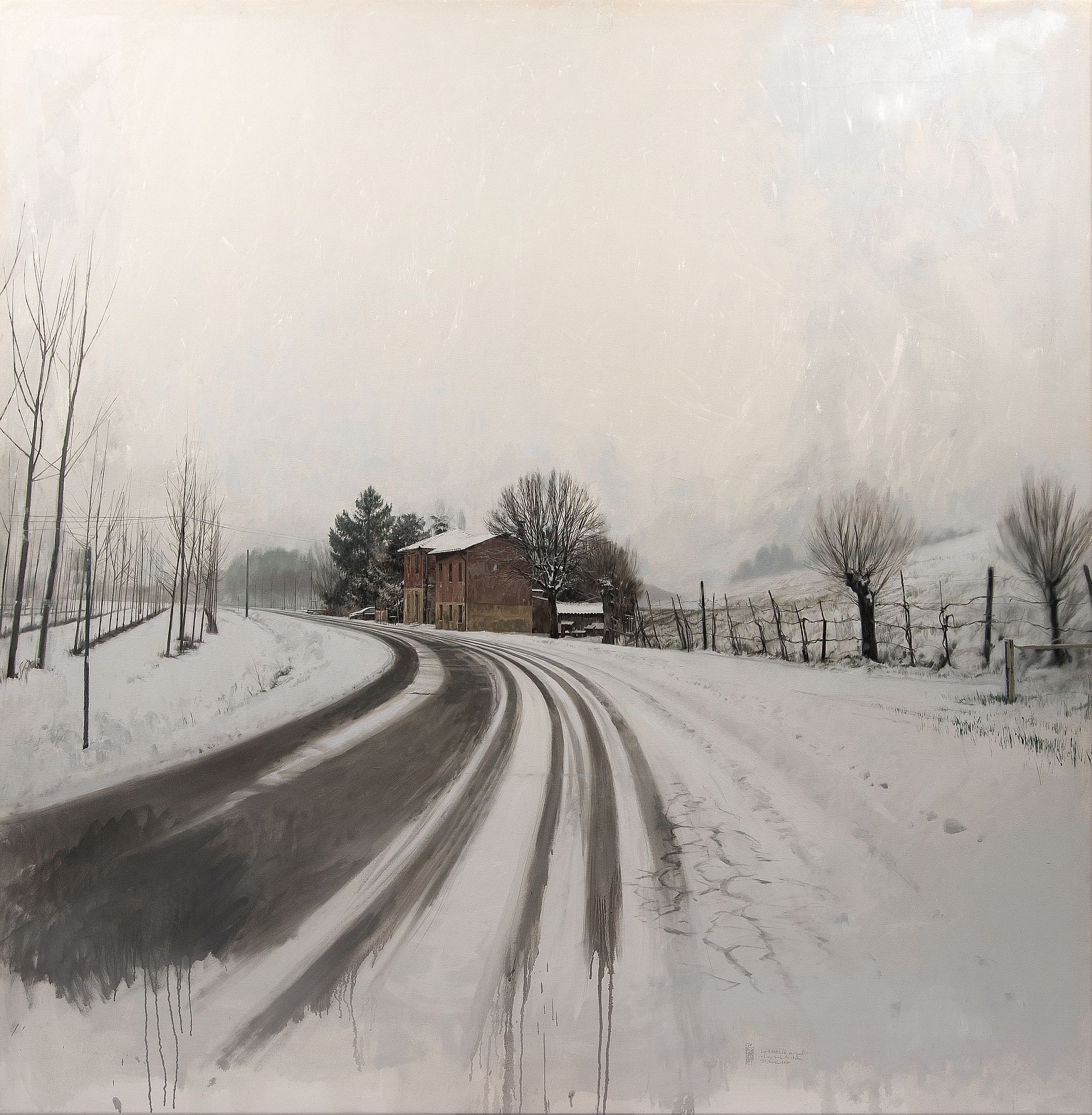 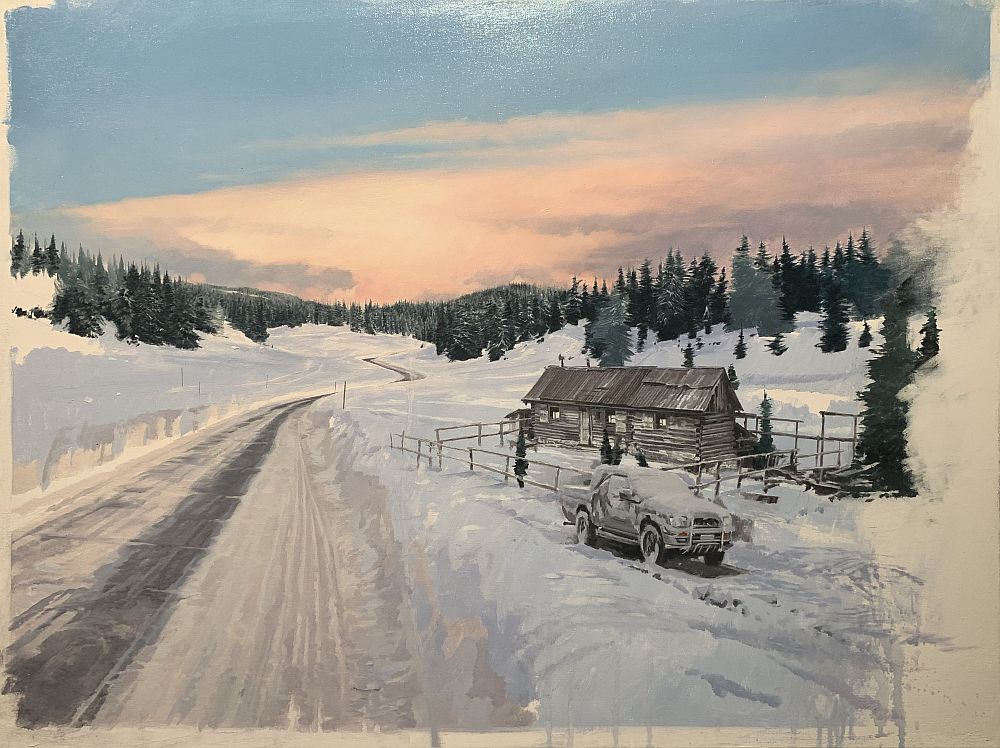 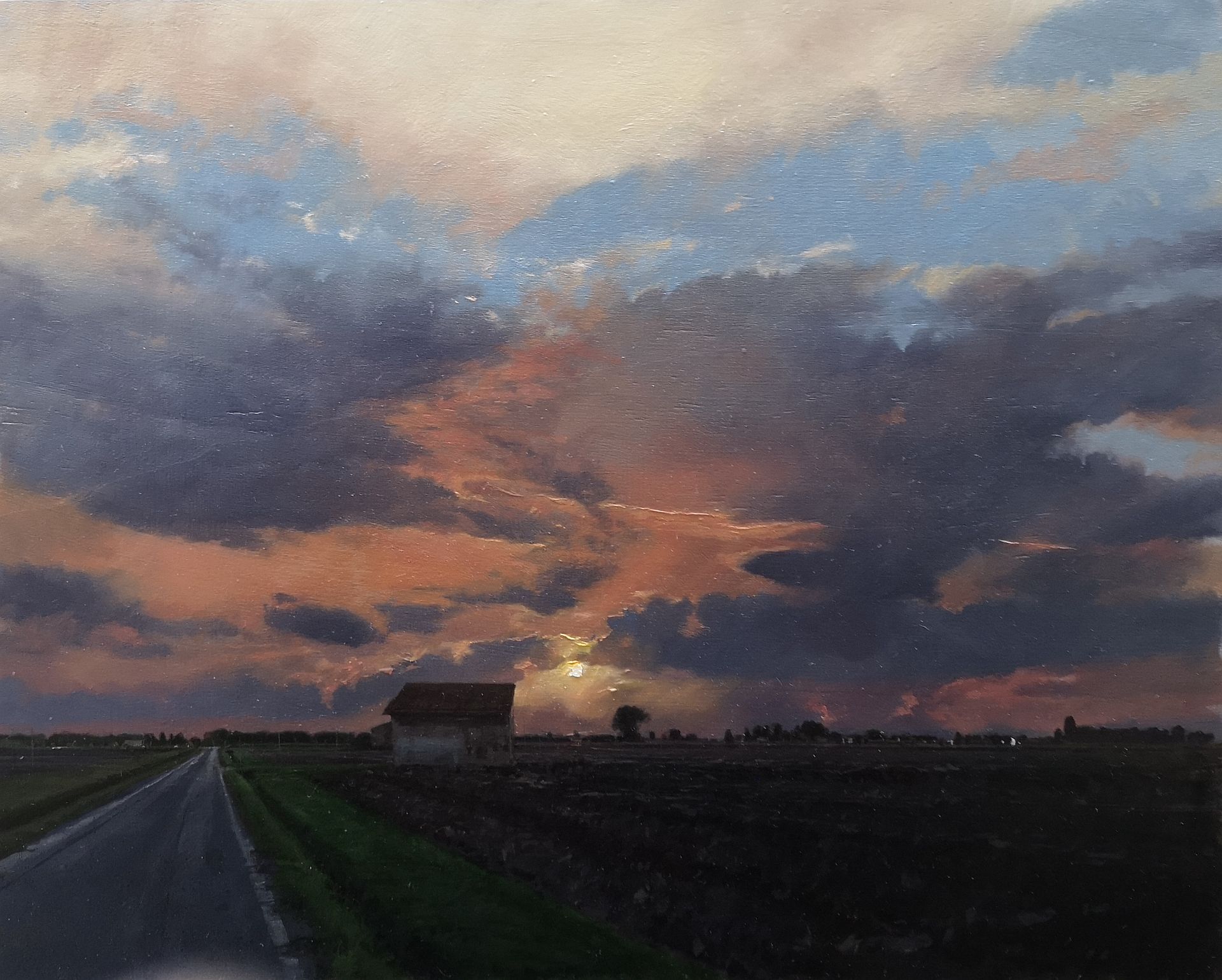 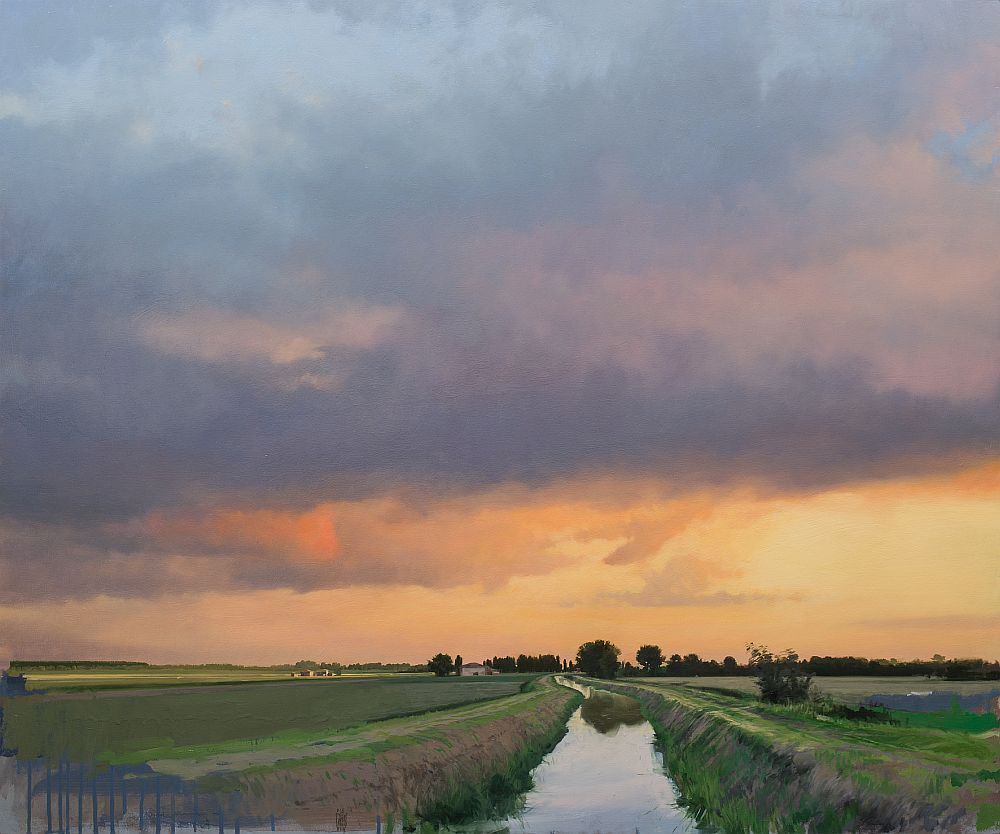 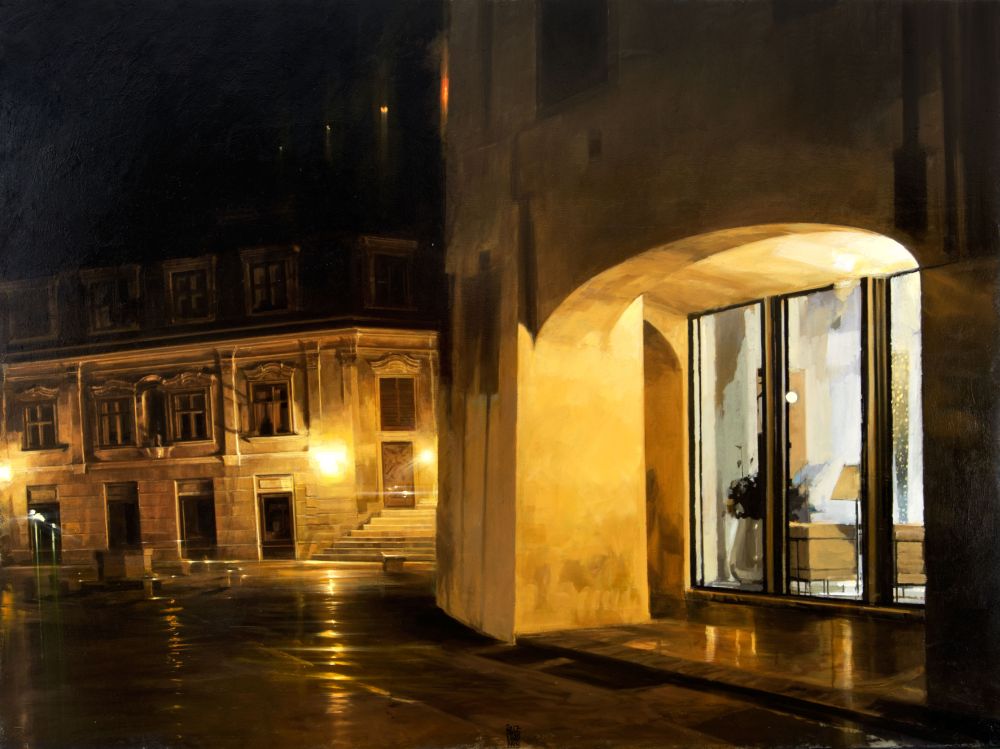 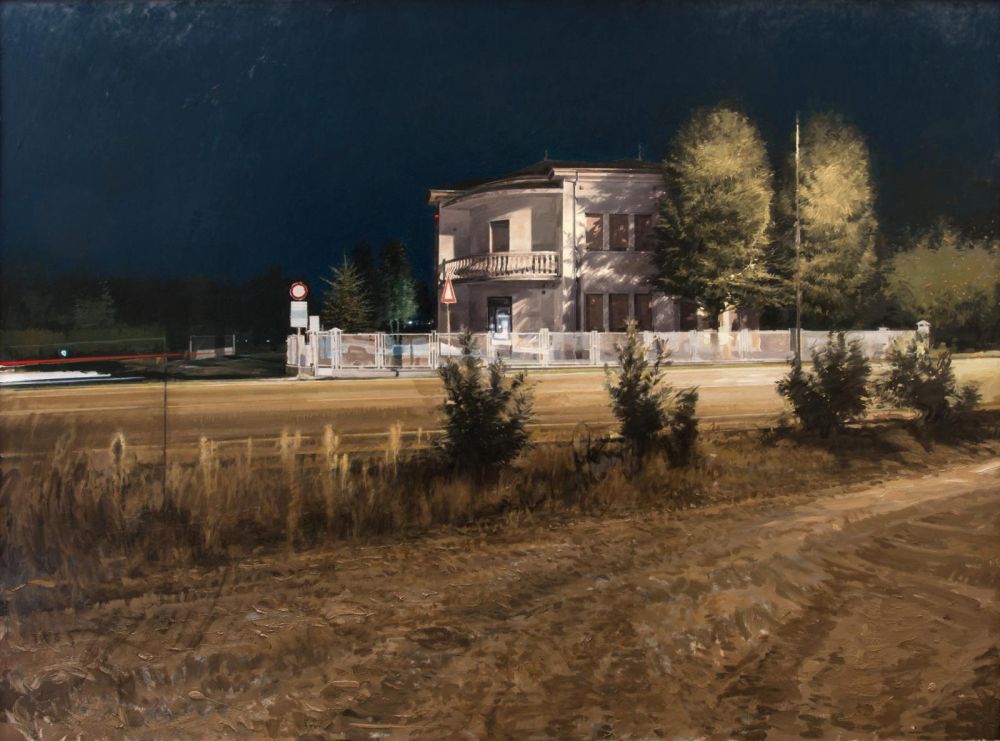 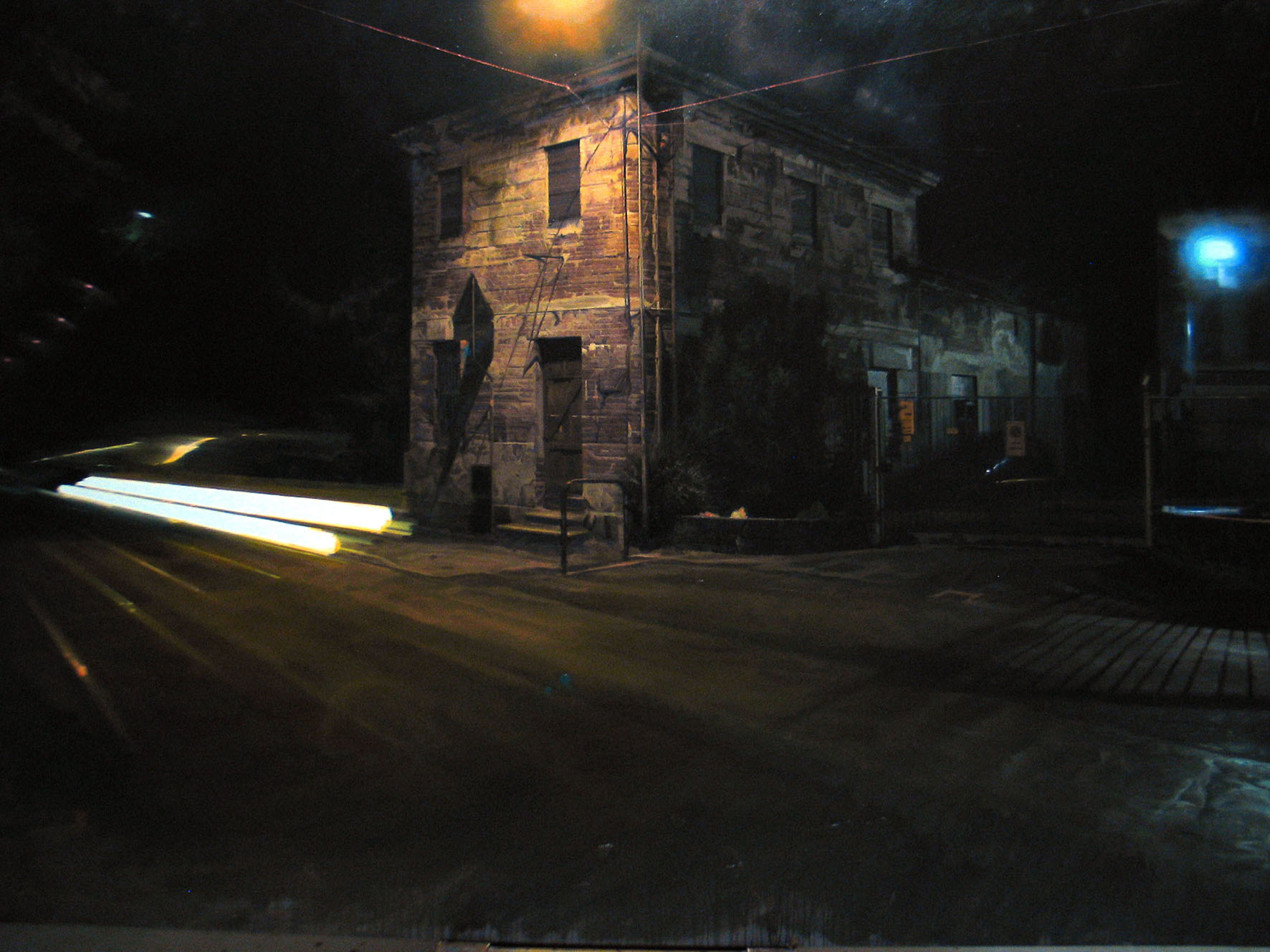 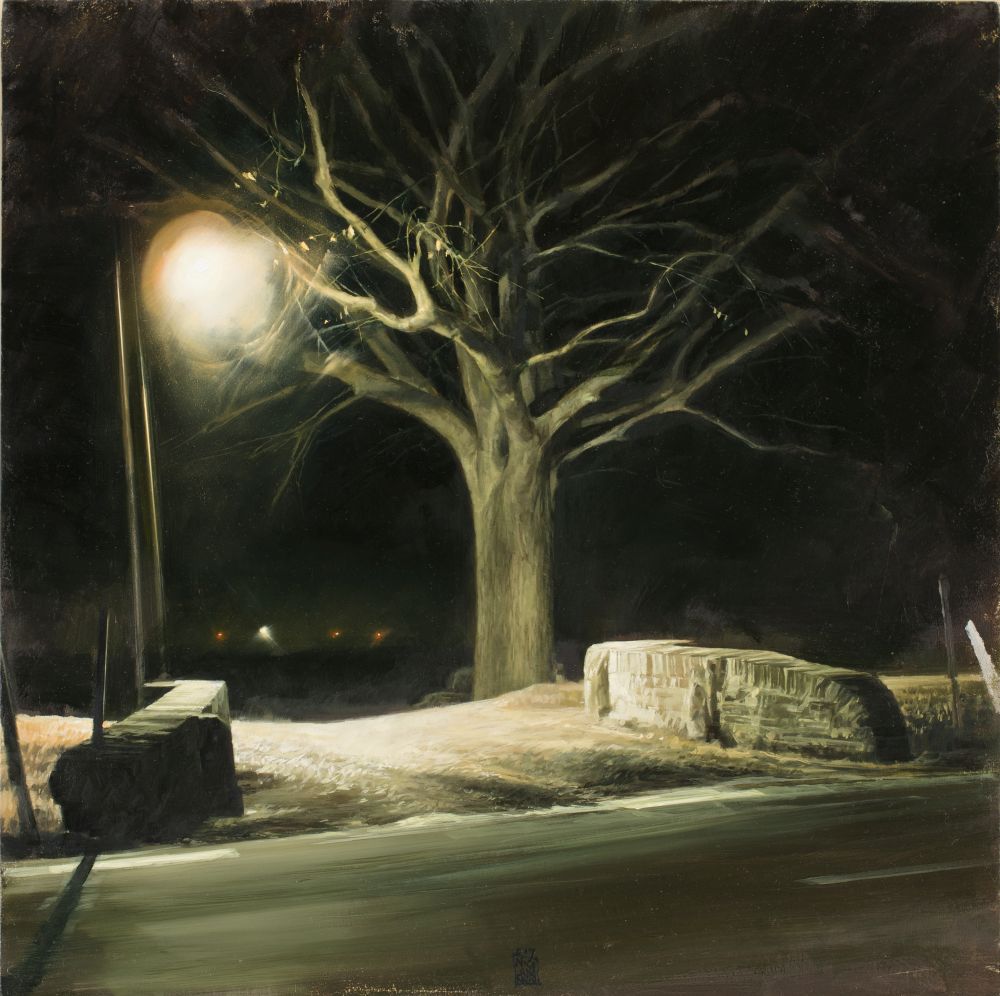